When starting a new family fun center or other indoor party center business deciding on which arcade games (if any) to include is a decision that needs to be based on the kind of business you are looking to start. Depending on what kind of facility and target market you are trying to attract has a great deal to do with the kind of games you may want to offer. The industry has two types of games; Arcade Games and Redemptions Games.

Arcade Games are typically games that appeal to older children, teenagers and young adults. They include a wide variety of genre's, from first-person shooters to race games, riding games, role-play games and even some sporting and virtual reality or simulation games. They are typically found in arcades and most multi-attraction family entertainment centers offer some variety of arcade games.

Redemption Games are easily identifiable as they give out tickets as you play. You redeem these tickets for merchandise and prizes. Redemption games also come in a variety of sizes and

Like every other activity in your fun center, both types of games have a "play-value" or play-a-bility. The greater the play-value, typically, the greater the return to the player and in most cases the greater return to you as those games are sought after more then others. However, your center needs a wide assortment of play-value from your selection of games. You need some games with a quick return, like the coin-shovel games, and you need other games that offer a longer play-value, like Skee-ball or mini-basketball bankshot. 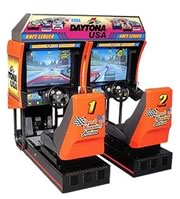 As discussed in how to start an arcade business, arcade games have received a lot of attention lately with their perceived tendancy towards violent and destructive content. They tend to attract teenagers looking to beat the recent high scores and that's good news for you if you plan on attracting this age demographic within your target market. If not, then arcade games may be a detriment, as many parents we talk to are not interested in their children playing these games, or in taking their younger children to an "arcade" where the perception of games and game type is often negative.

A family entertainment center business will do well to include these kinds of games. Typically, they offer good play-value for younger children and parents and with a little work can really add dollars to your bottom line. With the right mix of redemption games and play-value, in the right location within your facility and in conjunction with a well stocked, value-based merchandising counter, you could see as much as 30% - 40% of your revenues come from these games and your "up-sell" merchandise counter.

In addition, for many children's fun centers appealing to dad is a challenge as the focus generally tends to be more heavily on mom and the younger child then on dads. Redemption games offer fathers an opportunity to play along with their child in a fun and exciting manner. Together they can play and earn tickets, and make the trip to the redemption counter to get their prize.

Good game location, plays directly into good facility design. Which games should you offer and where should you put them has a large impact on how well the games will drive revenues for you. Same thing applies to your merchandise. What products to include, how to display them prominently, how to tap into pop culture - all have a direct impact on your gross revenue potential.

The true strength of the redemption game is the ability to redeem the tickets for prizes. Once that child approaches your redemption counter and see's all the other possible prizes, she is 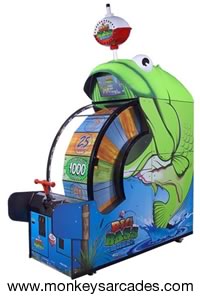 immediately drawn into a habitual process of trying to get that bigger prize. Luckily for you, she always come to your center with her bankers (parents) and what parents can deny their child at least one chance at that prize? With a keen eye to merchandise and display, your redemption games and merchandising counter could make a substantial difference in your monthly revenues.

As gaming systems from XBOX, PS3 and Nintendo started being bought by more typical families, game halls were still as a majority able to stay in business. In those times, the game halls still typically had available more advanced games than the home gaming systems. The animation were more realistic and the way the games were played was more intricate and true to life. The set up of penny arcade games led to more advanced options and for more types of games, games like simulations and shooters with realistic weapons.

After this, developments in the gaming realm began to be deployed towards increasingly in the household gaming devices. A ever evolving time line of give or take 3 or 5 years created even more realistic games. The animation, experience itself, genre and basic prospects of individual games advanced at a crazy velocity.

Household games also moved towards party games, which paved the path for a handful of guys not needing to head to the game hall to face off against each other in their most liked game type. They were able to square off against one another from their own homes. What was a bad development for the game hall was the fairly recent technology of internet gaming. Using that gamers can log on and enjoy assorted tests in a vast quantity of video games. They did not need to move from their home to play a video game, and they could actually play at any time of day they felt like it.

An additional consideration that resulted in the destruction of the game hall has been the furthering in abilities of tvs and computer screens. The cost of both of these has moved lower while the detail of the displayed images has advanced greatly with high definition tvs. Now homes have within their means huge televisions in their living areas or hangout room with superior realism. They could use their game console, participate in superior games and participate against other people all around the world. The game hall just isn’t fundamental resource now.

The game hall may for all time have its uses in some niches. A few people said the evolving of the amusement arcade was the trendy internet cafe, where anyone took part in mega multi-user games with each other from one location. With that said, the game hall has been phased out by the presence of and stellar qualities of the personal game consoles that are in who knows how many family households.